Ravine Vineyard Estate Winery is located in the heart of St. Davids and has a past dating back to the early 1800’s. Known in the early days as the Upper Lowrey Farm, Ravine has been kept from residential development so that visitors from far and wide can witness the deep roots that connect our family and this remarkable farm. 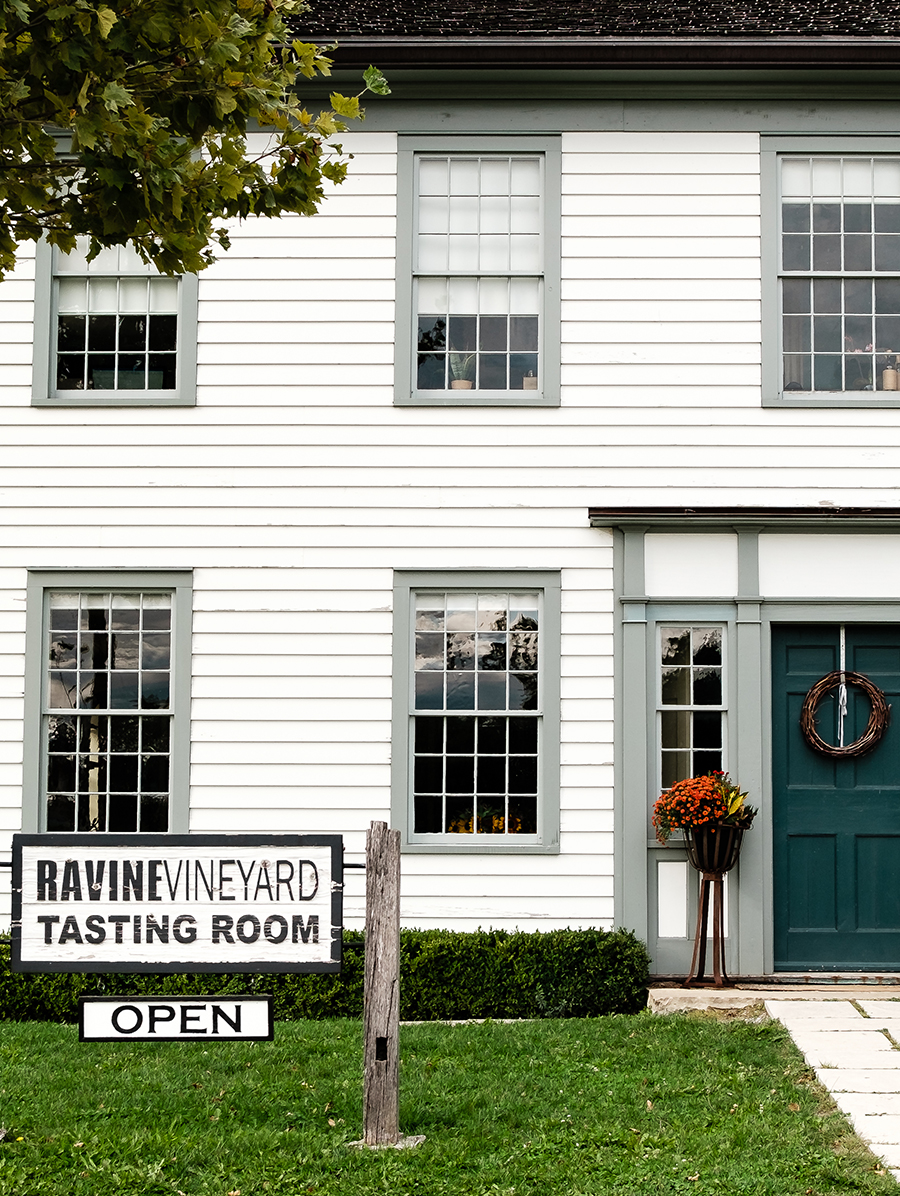 In 1867, David Jackson Lowrey purchased the farm that is now Ravine Vineyard Estate Winery. His family moved from Vanessa, Ontario to St. Davids and subsequently planted 500 vines on the Upper Lowrey Farm in 1869 — making our family the first commercial vineyard owners in the area.

In the early 1900’s, Edwin David Lowrey took over the farm and began to grow tender fruit such as peaches, cherries, pears, plums and apples. He also grew an assortment of vegetables including celery, carrots and asparagus. The family owned and operated many of the shops in the Village such as the General Store, Post Office, the Queenston Quarry as well as the Ravine Sand & Gravel Quarry, from which the winery and wine label were named. The family also owned a canning business, named ‘Lowrey Bros. Canning Factory’. Norma Jane’s father, Howard Borden Lowrey, operated the family farm from the early 1950’s to 2001. Throughout the years, vineyards have replaced the fruit orchards.

The 34-acre farm was passed on to Norma Jane who purchased the land from her 4 siblings and mother in 2004. Having grown up on this farm, she has always been sensitive to the subtleties of its terrain. Norma Jane and husband Blair Harber immediately began the re-planting of their new vineyards with include the three Bordeaux reds; Merlot, Cabernet Sauvignon and Cabernet Franc, as well as Chardonnay and Riesling. They have developed Ravine Vineyard into what it is today; a quaint, family run winery and winery restaurant that gives back to the land it sits on, celebrates its history and supports the community that helped build it.

You know you want to

Keep up to date on the latest wine releases, events, and promotions and get 10% off your next order.